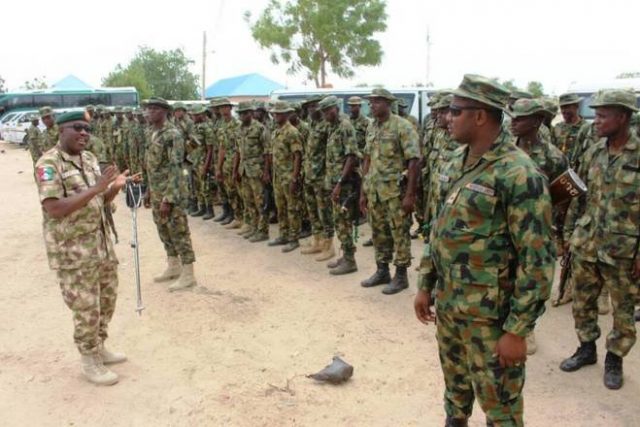 Men of the Nigerian Army have arrested two suspected members of a militia gang reported to be terrorising residents of Katsina-Ala and its environs in Benue state and its environs.

The Director Of Army Public Relations, Texas Chukwu, in a statement on Tuesday, said the Army acted on a tip-off and recovered a locally made gun, one pistol and several rounds of ammunition.

The Army spokesperson disclosed that preliminary investigations revealed that the suspects are members of a notorious militia gang led by one Gana, who is now at large.

Efforts are on to arrest other fleeing members of the gang.

He then called on members of the public to always report suspicious activities in their areas to law enforcement agencies.