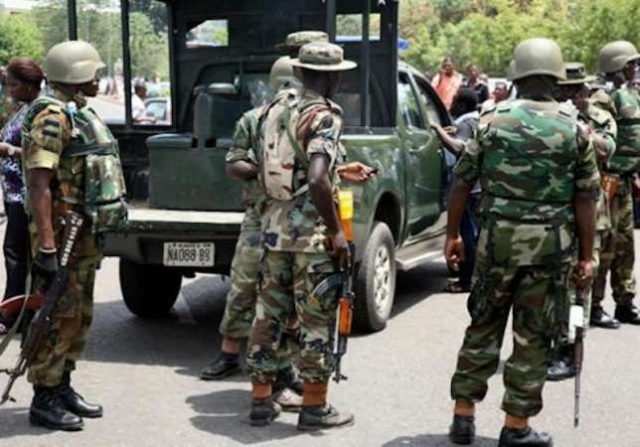 The Nigerian Army, 81 Division have intercepted three trucks loaded with over 300, 000 live cartridges on the Igbogila-Ilara area of Ogun.

This was revealed by the General Officer Commanding (GOC) of the division, Enobong Udoh, a Major-General at a news conference in Lagos.

According to Udoh, “The 81 Division Nigerian Army in conjunction with some security agencies on May 30 at about 2:58 a.m. intercepted three 5-ton trucks loaded with thousands of live cartridges.

“The live cartridges in boxes and cartons were carefully concealed in a wooden platform with metallic plates.”

The GOC said that the drivers and their accomplices, on sighting the troops, abandoned their trucks and fled.