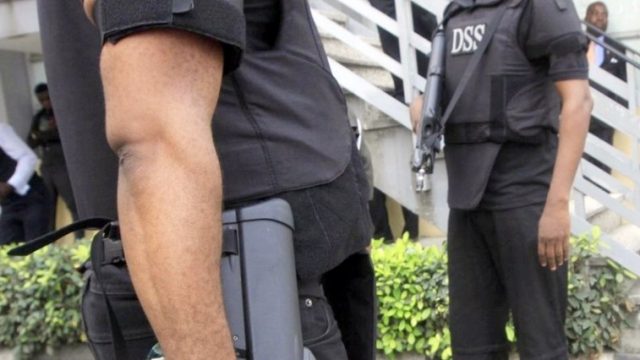 The group said the Buhari administration may suffer credibility and human rights issues if it failed to rein in the SSS as the agency carries out “maltreatment of journalists” which could amount to “stifling of sources of information, undue censor, repression of activists and suppression of freedom of speech.”

The Abuja Bureau Chief of The Independent Newspapers was arrested by the Department of State Security (DSS) four days ago. He has since been in detention.

“The Muslim Rights Concern (MURIC) considers the continued detention of Tony Ezimakor without arraigning him in a competent court of law as draconian, tyrannical, illegal, unlawful and unconstitutional. We therefore demand his immediate and unconditional release.
Section 23 of the Police Act stipulates that suspects cannot be detained beyond 24 hours after which the person should be charged to court in conformity with the basic constitutional rights of citizens.

“As a security agency, the DSS should not consider itself excluded from this provision. To do otherwise will amount to impunity and an encroachment on Allah-given fundamental rights of a Nigerian citizen. Section 36 of the 1999 constitution of the Federal Republic of Nigeria guarantees right to fair hearing and only a court of competent jurisdiction can establish the judicial principle of audi alterem partem.

“We therefore demand that Ezeakor be brought to court if the DSS has anything against him.

“MURIC reminds the DSS of the stipulations of Article 4, Clause 1 & 2 of the African Charter on Human and Peoples’ Rights which guarantees the integrity of every homo sapien: “Human beings are inviolable. Every human being shall be entitled to respect for his life and the integrity of his person.”

“In addition, Article 7(b) of the same African Charter on Human and Peoples’ Rights stipulates the right to be presumed innocent until proven guilty by a competent court or tribunal. We therefore put it to the DSS that Tony Ezeakor remains innocent and the DSS cannot unilaterally pronounce him guilty.
We warn that Tony Ezeakor has a health condition as an hypertensive individual and further detention is most likely to worsen his condition. Furthermore, the DSS should not do anything likely to damage the good name of the Buhari administration particularly in international circles.

“As the DSS is very much aware, the maltreatment of journalists amounts to the stifling of sources of information, undue censor, repression of activists and suppression of freedom of speech.

“All these are likely to create minuses in the human rights record of the present regime. Tony Ezemakor must therefore be set free with immediate effect otherwise he must be arraigned before a competent court of law,” the statement read.