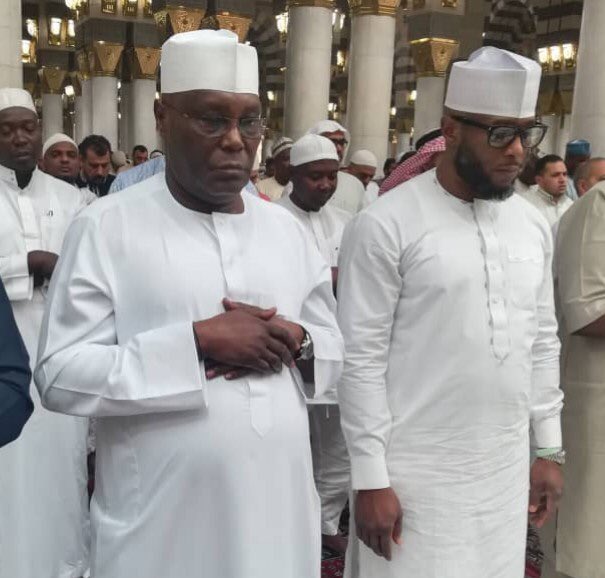 Former Vice President, Atiku Abubakar, has urged Muslims to project Islam through good examples of love, tolerance and peaceful disposition at all times.

He said in his Eid-el-Fitri message issued by his Media office on Thursday in Abuja that such virtues were prerequisite for protecting the perception of Islam from distortion.

Abubakar congratulated Muslim faithful on the successful completion of 30-day Ramadan, and urged that the events of the period should reinforce the fear of Allah in the hearts of believers.

He advised Muslims to sustain the virtues of the sacrifice beyond the Ramadan.

“The fasting period makes believers appreciate the impact of hunger and be more committed to the hardships of millions who cannot feed themselves.”

He called on fellow Muslims to show greater commitment to peace, unity and tolerance in order to create harmony and understanding in the country.

Abubakar said unity was a condition for building a formidable nation, adding that without unity, a country was politically vulnerable.

He added that in the absence of peace, even religion would be hard to practice, and that citizens should not take peace for granted.

The former Vice President, who condemned religious extremists for giving Islam a bad name, advised Muslim parents to protect their children from the negative influences of those who preached hate and intolerance.

He also called on political leaders at all levels and of all persuasions to have the fear of God and the love for the people in their activities.