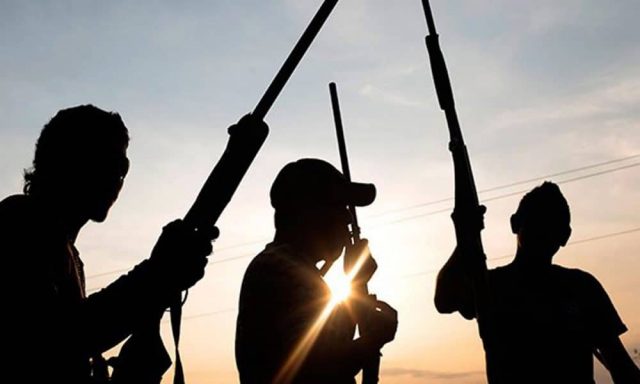 The district head of Gayari in Gummi local government of Zamfara state, Hassan Mohammed and his son have been abducted by suspected bandits.

The kidnap happened when the bandits raided the community on Thursday night, Punch reports.

Abubakar Sani, a resident of the community, was quoted as saying the bandits had AK 47 rifles.

Sani said they began shooting sporadically when there was an attempt to rescue the district head and his two sons.

”One of Mohammed’s sons fell off a motorcycle and made his way back home,” he said.

Mohammed Shehu, spokesman of the police command in Zamfara, was quoted as saying they have not received any briefing about the incident.

Zamfara is one of the states experiencing high incidents of banditry and kidnapping.

There was an initial lull in the activities of bandits after the state government opened dialogue with them. But the crime is resurging in the state and has spread to Niger state.

On Wednesday, the senate asked President Muhammadu Buhari to declare an emergency on insecurity in the country and to sack the service chiefs.

The president meet with the service chiefs on Thursday but the outcome of the meeting was not disclosed.