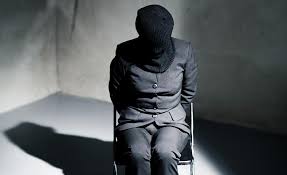 Two men, Musa Gambo Dikko and Mr Ezekiel Bello have been released by their abductors after spending 106 days in captivity.

The men were said to have been abducted while on their way to Kaduna for an event in December 2021.

It was learnt that the families paid a large sum of money to secure their release from captivity but each time a ransom is paid, the abductors ask for more and did not release the victims.

It was further gathered thathe victims were released on Monday in Kaduna but the details of their release are still sketchy.

A Family Source said that they are currently receiving treatment at an undisclosed hospital in Kaduna and would be transported home after the treatment.

“They both have been in the custody of the Kidnappers for 106 days until their release yesterday despite collecting huge sums of money. We thank God that they are finally back and may the Almighty Allah continue to protect us all.”

One of the victims, Ezekiel Bello is said to be a Lecturer with the Niger State Polytechnic, Zungeru.