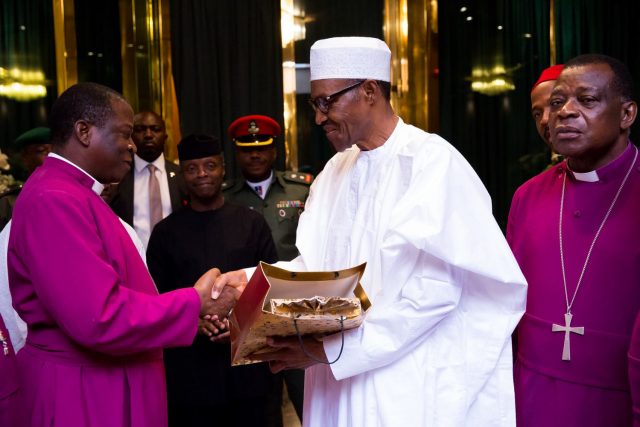 The Primate of the Church of Nigeria, Anglican Communion, Nicholas Okoh, has warned President Muhammadu Buhari to be careful of his appointees.

The clergyman said those around the President may discredit him if he allows them to control his government.

“That is the only success: to tell our Ministers, to tell our Governors, to tell our Vice-Chancellors, to tell our Heads of institutions and anybody holding any appointment that stealing government money is not a correct thing. By that crusade alone, I think he has succeeded in doing something.”

Okoh also called on President Buhari to spread his love to every region of the country.

“On other matters, I will appeal to him to spread his love across the country. Nigerians call him Baba. He should merit the title. Baba is a noble respectable title and he deserves it at his age.

“But if he is not careful in the way he allows his subordinates to help him in running the place, they will discredit him greatly. Because if you say you are the head, you are the leader and all your children cannot come close to you, then what is the meaning of the Baba? A Baba should attract all his children,” he said.