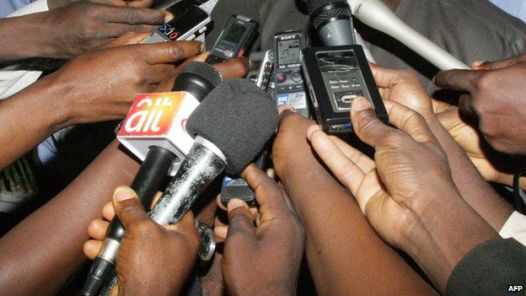 The Kaduna State Police Command has appealed to members of public and the media to stop peddling speculative stories about security situation in Birnin Gawri Local Government area of the state.

The Commissioner of Police, Austin Iwar made the appeal at a conference with police divisions’ officers on Thursday in Kaduna.

All the divisional police officers, Areas Commanders, Heads of departments and principal officers were present during the conference.

“It is important that we appeal to members of the public and the press in particular, to avoid peddling speculative stories on security situation in Birnin Gwari.

“In oder not to heat-up the environment and create fear in the mind of the public, it is more important to confirm with security agencies any information.

”Even though we are witnessing pockets of restlessness and banditry in the area, the Police in support and collaboration with Army ‘s Operation Idon Raini is doing everything to ensure that the situation is brought under total control,

Iwar further said that the command had deployed far-reaching measures to prevent crime and ensure public safety.” he said.

He listed some of the measures to include robust targeted and focused patrols, static duties and surveillance operations to prevent crime and make communities safe.

“Full adoption and strengthening of community partnership approach to policing as a modern policing method with practical application is also on.

“Improved deployment of intelligence-led policing in all divisions, deployment of 80 percent of personnel of the command for beats and patrol duties.”

He disclosed that the command had from January to date, succeeded in getting over 1,000 criminals to renunce their illegal activities and surrender their weapons.

He commended the personnel over the successful holding of a very peaceful local government election in the state.

He said improved safety and security on our highways in the state.