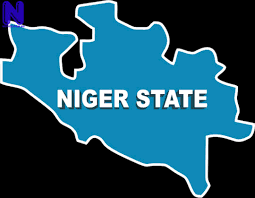 It was learnt that the sixteen villagers from Sayita village were among many others that fled from terrorist attacks in Munya local government area of the state on Wednesday morning.

They were said to be travelling in three locally made boats moving towards Zumba town in Shiroro local government area when the accident occurred.

Eyewitness accounts said the terrorists over 100 in number stormed Sayita village today and out of fear the deceased villagers decided to flee for safety on the three wooden boats to Zumba.

The source disclosed that during the journey, one of the three boats carrying about thirty passengers capsized having hit a rock, efforts by the other travellers in the two other boats could only rescue fourteen.

It was further learnt that as the other travellers tried to bury the 14 corpses, they sighted the terrorists coming and abandoned them.

The head of the local divers in Zumba known as Sarkin Jirgi, when contacted told newsmen that eight bodies comprising six children and two women have been recovered from the river