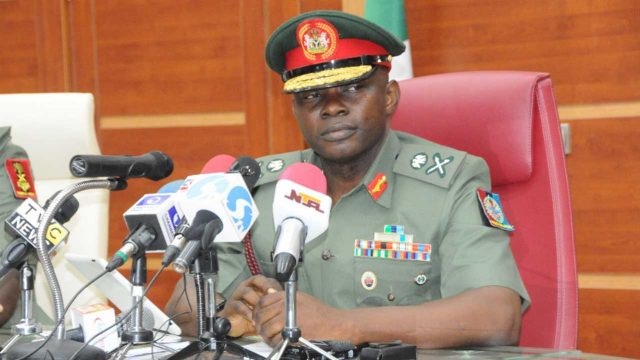 The Chief of Defence Staff (CDS), Abayomi Olonisakin, has began an operational visit of troops fighting the Boko Haram insurgents in the North East.

The CDS visited the Military Command and Control Centre, and the Theatre Command of the Operation LAFIYA DOLE, Maiduguri on Wednesday.

The Theatre Commander, Ibrahim Attahiru, said the visit was part of a routine exercise to the Theatre of operation.

Attahiru explained that the CDS would be briefed on activities of troops and the campaign against Boko Haram insurgents in the North East.

“We are to provide first-hand information on the operational activities in the theatre.

“The visit will avail the CDS with the opportunity to understand the issues, challenges and how to address them,” he said.

Olonisakin was accompanied by senior military and police officers during the visit to the Theatre Command.