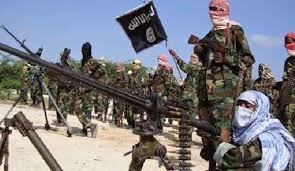 It was learnt that the abduction took place near Jakana village which is about 40 kilometres away from Maiduguri, the Borno State capital.

According to the information gotten from locals along the dreaded highway,  the operation was carried out in the evening.

The locals said that the terrorists in military fatigue blocked the highway and picked their victims through their identity cards.

Also, the Yobe state government house staff was identified as Mai Lalle. He is the liaison Officer in Maiduguri.

Information reaching us says that he for Maiduguri last Saturday from Government House, Damaturu in his official vehicle Toyota Hilux conveying diesel for use in the liaison office due to prolonged power outage in Maiduguri metropolis and was returning to Damaturu on Monday when the incident happened

There is no official statement on the abduction by the government authorities.

However, staff of the government house liaison office said they received the news, as the victim was said to have spoken regarding their abduction and called for help.