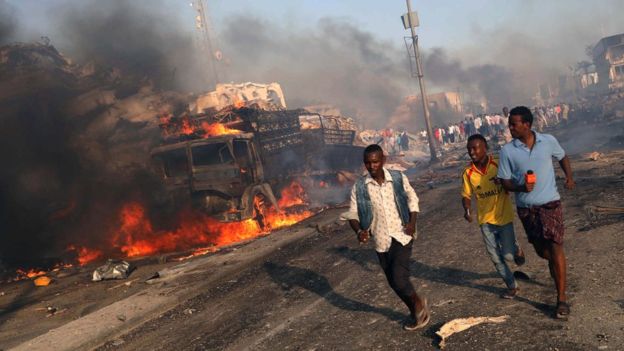 A suicide attack that would have led to death of many at a major market in Maiduguri, the Borno State capital, has been averted as the would-be bomber prematurely detonated the explosives, killing himself.

The Commissioner of Police, Damian Chukwu, who confirmed the incident in a statement released in Maiduguri, said the incident occurred on Saturday, at about 7:20 p.m. at the Monday Market general area.

He said that the bomber was heading to the market where he saw massive crowd to detonate the IED strapped on his body.

“The male suicide bomber sighted massive presence of Police and other security deployments at Oando Filling station near Post Office and hurriedly detonated the explosives, killing himself alone.

“More Police personnel have been deployed to most parts of the capital and other flash points in the state.

“This is to ensure security of lives and property, especially in the remaining days of the Ramadan fast and as Eid el-Fitr approaches,” he said.

He added that the Police Explosive Ordinance Device team were quickly deployed to sanitise the area and render it safe.