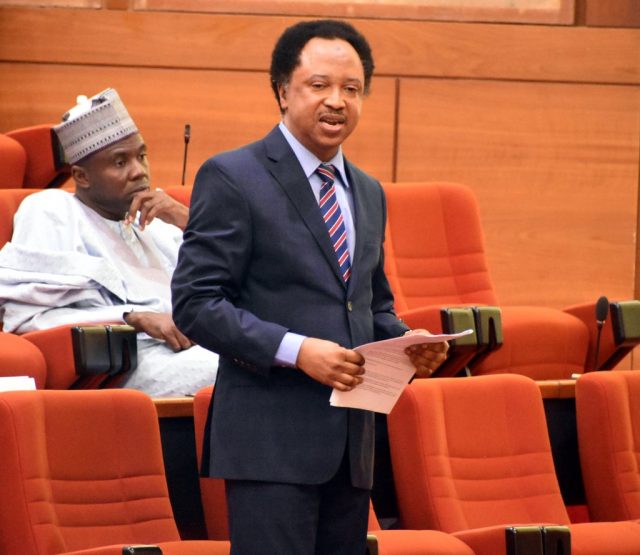 The lawmaker representing Kaduna Central Senatorial District, Shehua Sani has advised Muhammadu Buhari, the President of Nigeria to free himself from cabals in the current administration.

Sani said this during an interview on Channels Television’s programme, Roadmap 2019 on Monday.

“President Buhari needs to free himself from the cabals around him – the hyenas, the jackals and other predatory animals that are with him,” he said.

According to the Senator, the President has possessed all the requisite qualities needed to steer the affairs of Nigeria for another four years.

Shehu also revealed that he had known Buhari in Kaduna years before becoming the nation’s President and could vouch for his integrity and competence.

Despite the sterling qualities the President possessed, Shehu explained that the nation’s leader should be a team player by carrying everyone along.

This is even as he criticised the Federal Government for failing to address the constant killings in some northern parts of the country.

He believes that the bloodshed in some regions of the country coupled with ethnic rivalry, if not addressed, could dent the reputation of the current government.

“And the killings going on in North Central and the North Western part of Nigeria, is a serious dent on the reputation, integrity and competence of Buhari,” Shehu added.

The lawmaker praised the Federal Government for improving the nation’s economy and the security challenges with respect to Boko Haram attacks in the North East.