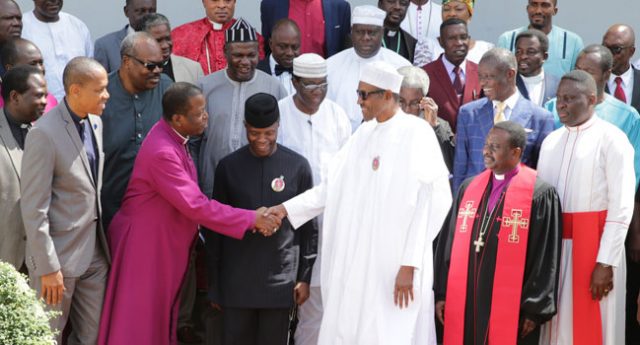 President Muhammadu Buhari has assured Nigerians that his Administration would address rising concerns of corruption, insecurity and injustices in various parts of the country.

The President’s Special Adviser on Media and Publicity, Femi Adesina, said Buhari gave the assurance when he received delegations of Christian and Muslim leaders separately at the Presidential Villa, Abuja.

The President told the CAN delegation that he had already given instructions for the submission of all the names of Heads of parastatals in order to address the allegations of lopsidedness in appointments.

“On the question of one-sided appointments, we will look at it.

“I have given instructions that a list of all Heads of Parastatals be submitted to me and I know they will not delay in doing that,” he said.

‘We need everybody to fight corruption’

Buhari also assured that his Administration would ensure reform of the Police and Judiciary, describing both institutions as critical for the security and stability of the nation.

“There is no way we can be comfortable in our country unless we are lucky to have a good Police Force and Judiciary.

“We need a good Police Force and Judiciary to really maintain the legitimacy and confidence of the populace in governance.’’

On the fight against corruption, the President assured both CAN and the JNI leaders that his Administration would always be guided by the Rule of Law and the Constitution in prosecuting all those that had been accused of corruption.

Buhari explained that corruption in the country had taken a cultural dimension, urging all religious leaders and Nigerians to join in the fight in order to reverse the trend.