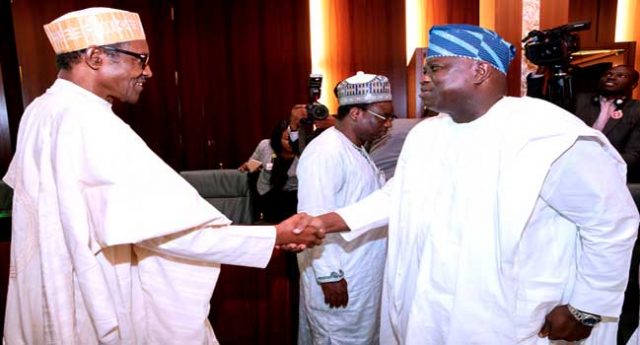 President Muhammadu Buhari on Monday directed state governments to ensure payment of outstanding workers’ salaries in their various states, to enable workers “smile to banks”, and to happily celebrate the forthcoming Christmas.

Imo Governor, Rochas Okorocha confirmed this development to State House correspondents after a closed door meeting with the President in the Presidential Villa, Abuja, on Monday.

He said workers’ issue took the centre stage during the meeting, saying that the President was so much concerned with those who depended on salaries to feed their families, pay school fees and their house rents.

According to him, President Buhari specifically directed the governors to ensure that they kept workers and pensioners happy by paying their outstanding salaries and allowances from the balance of the outstanding Paris Club Refund which would soon be paid to them.

He said the President was so much concerned with those who depended on salaries to feed their families, pay school fees and their house rents.

“The issue of outstanding Paris Club was discussed and that was taken care of to make sure that workers in various states, everywhere in the country get to celebrate the Christmas.