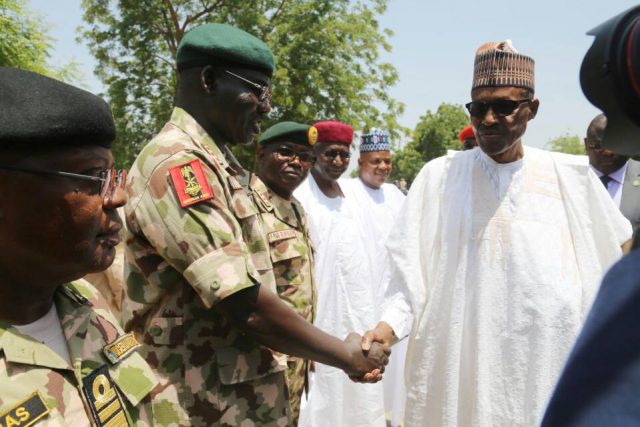 President Muhammadu Buhari is expected to be the Special Guest of Honour at the 4th quarter Chief of Army Staff Conference, which will hold, in Ibadan, between December 10 to 15.

The Chief of Army Staff, Tukur Buratai, who spoke through the Chief of Policy and Plans, Chris Jemitola, announced this at a news conference, on Tuesday, in Abuja.

Buratai also said that a retired Major-General, Ike Nwachukwu, would deliver a lecture at the occasion titled: “Safeguarding Nigeria’s Unity and Sovereignty: A Patriotic and Constitutional Imperative for the Nigerian Army.’”

The theme of the conference is: “Re-appraising the Nigerian Army’s Operational Efficiency in Containing Contemporary National Security Challenges.”

According to Buratai, the theme is carefully selected in pursuit of one of Mr. President’s cardinal objectives of enhancing national security amidst the fight against corruption and sustainable economic growth.

He said the conference would provide opportunity for the army to appraise its training and operations activities, as well as logistics and administrative matters.