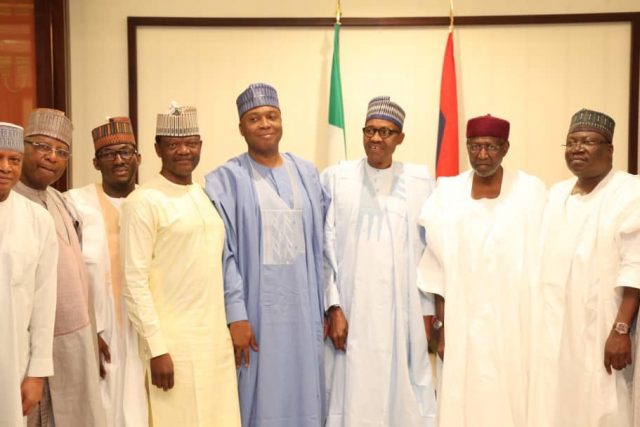 The Senate President, Bukola Saraki , on Thursday said the National Assembly would transmit the 2018 Appropriation Bill to President Muhammadu Buhari on Friday.

Saraki said this in an interview with State House correspondents after breaking the Ramadan fast with Buhari at the Presidential Villa, Abuja.

The two chambers of the National Assembly had last week passed the document.The Minister of Budget and National Planning, Udo Udoma , had on Wednesday said the President had yet to receive the document from the lawmakers.

Saraki explained that the delay in transmission of the budget to the President was informed by the fact that the two chambers of the National Assembly had passed different figures last week.

He, however, confirmed that the two chambers had harmonised the figures and concluded the exercise on Wednesday.

“I think that should have been done, we had to harmonise, its just a slight difference, it has been passed yesterday (Wednesday).

“It was in the rules and proceedings of today. So, I am sure by tomorrow, we will transmit it to the Presidency.’’

Saraki thanked the President for inviting them for the breaking of fast and expressed the hope that the event would further enhance the existing cordial relationship between the executive and legislative arms of government.

The senate increased the 2018 budget from N8.612 trillion as proposed by Buhari to N9.12 trillion.