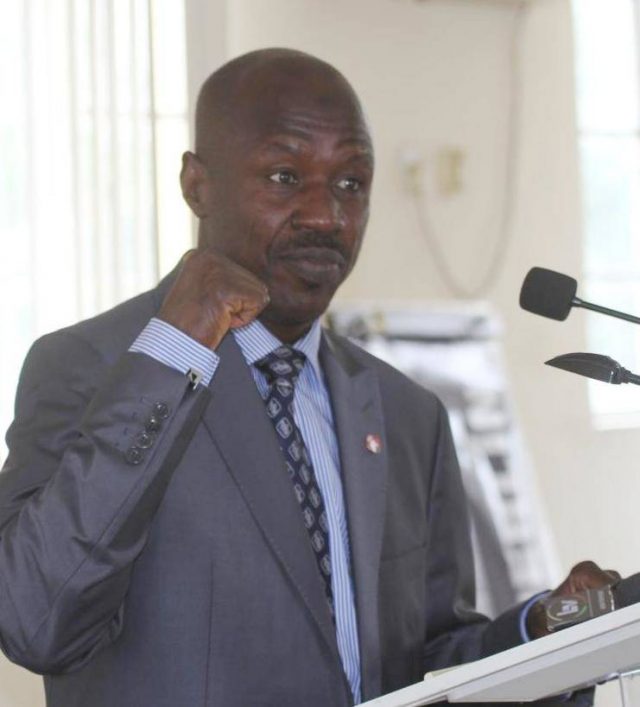 Acting Chairman of the Economic and Financial Crimes Commission (EFCC) has assured that President Muhammadu Buhari would not disappoint in the fight against corruption.

Magu gave the assurance while fielding questions from newsmen on the sideline of a preparatory meeting towards 2018 African Union (AU) conference on Thursday.

It was learnt that the meeting focused on Nigeria’s role as the champion of the 2018 AU theme, “Winning the Fight Against Corruption: A Sustainable Path to Africa’s Transformation”.

Magu noted that Buhari had demonstrated commendable political will in the fight against the menace, adding that his feat in that war earned him the trust to be chosen by African leaders to champion the cause.

He said that the commission would not disappoint the rest of the world, “especially after Nigeria was recognised and given the mandate to lead the fight”.