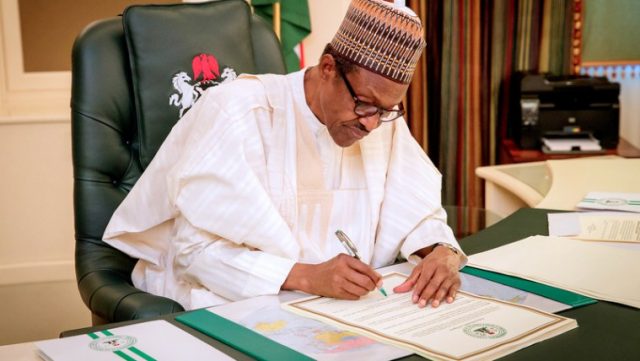 The Special Adviser to the President on Media and Publicity , Femi Adesina has confirmed that Muhammadu Buhari, the President of Nigeria will sign the 2018 budget on Wednesday, June 20.

Adesina made the assertion on Monday in an interview with Channels Television’s Politics Today.

Speaking via Skype hours after reports emerged that the President would be signing the 2018 Appropriation Bill into law the next two days, Adesina noted that his boss would assent to the proposal by 12 noon.

He stated further that the Executive arm of Government should not be blamed for the delayed passage of the budget by the National Assembly, stressing that it had been submitted to the lawmakers since last year.

“Naturally, every Nigerian should be worried and concerned that budget was submitted on November 7, 2017, with the expectation that latest by December ending, it would have been passed.”

“But it wasn’t passed till May (2018) and that is quite worrisome for every right-thinking Nigerian,” the Presidential aide said.

President Buhari received the appropriation bill from the National Assembly on May 25, 2018, more than six months after presenting a budget proposal of N8.612 trillion to the Legislature.