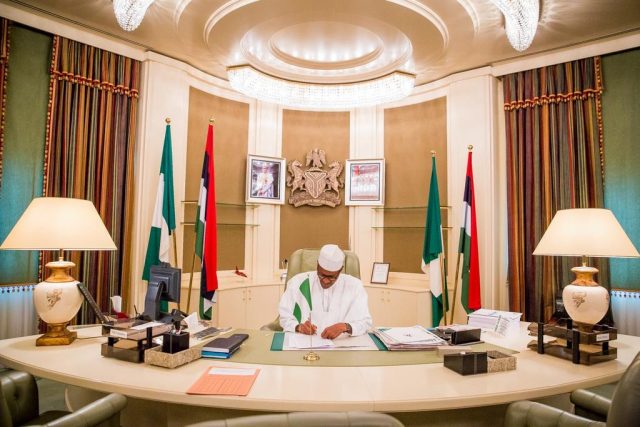 The Minister of Budget and National Planning, Udo Udoma has said Muhammadu Buhari, the President of Nigeria is yet to get the 2018 Budget a week after it was passed by the two chambers of the National Assembly.

The National Assembly had said the document will soon be transmitted to Presiden Buhari for assent.

Udoma, while responding to inquiries from State House correspondents at the end of the meeting of Federal Executive Council (FEC) also said a media report credited to him that  Buhari would not sign the budget was not true.

“The President is yet to receive the budget. It is, therefore, impossible to make a statement about the budget that has not been received.

“Once we get it, we will work very quickly on it.”

“When it is submitted,I am sure the National Assembly themselves will inform Nigerians,” Udoma said.

Both chambers of the Assembly had on May 16, 2018 approved the budget estimates submitted by Mr Buhari on November 7, 2017.

The lawmakers also raised the total figure from N8.6 trillion to N9.1 trillion, six months after it was presented.