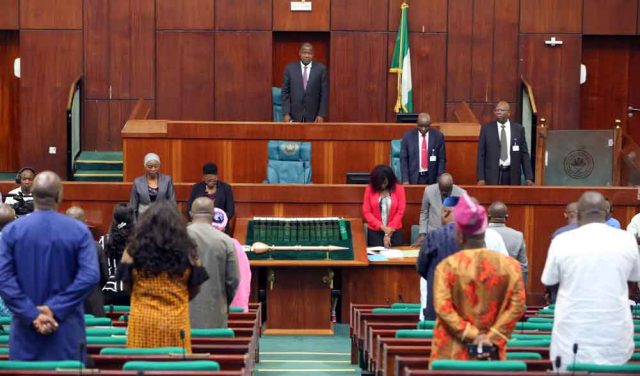 The House of Representatives has said that a clean copy of the 2018 budget will be on the table of Muhammadu Buhari, the President of Nigeria within one week from the date of passage.

The National Assembly passed the N9.12tn budget on Wednesday last week after the Appropriation Bill had spent more than six months at the legislature.

The final figure was raised by over N508bn from the initial estimates of N8.612tn that the President laid before lawmakers on November 7, 2017.

The Chairman, House Committee on Media and Public Affairs, Abdulrazak Namdas said that by Wednesday this week, the budget would have been sent to the President.

He explained that there was not much work left to be done on the budget other than for the Senate and House Conference Committees to meet and harmonise the differences in the document.

“The areas of differences are just three, including the provision that the Executive should not spend any funds outside this budget without appropriation by the National Assembly.

“This was inserted to take care of extra-budgetary spending like fuel subsidy or what they call ‘under recovery.’ The Senate is not likely to oppose the provision. On all other areas like the total budget size of N9.12tn, we are on the same page. There is really nothing much to cause further delays.”