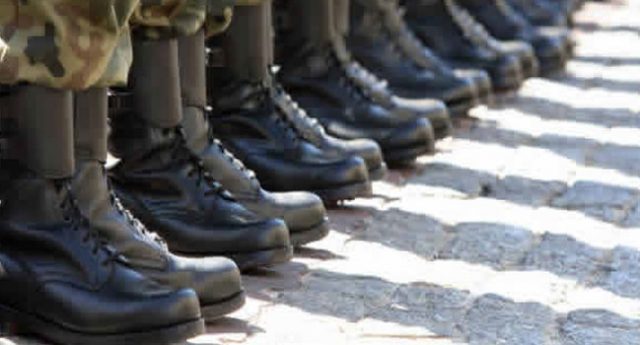 Calm has returned to Damasak, the location of 145 Batallion of the Nigerian Army on Thursday after troops inflicted heavy casualty on the Boko Haram terrorists.

The insurgents attack the location on Wednesday at about 6p. m. but withdrew about 11p. m. following superior fire power of the troops.

In the last 24 hours, the Chief of Army Staff, Tukur Buratai has been in the North-East monitoring ongoing operations.

He visited Damask on Tuesday and proceeded to Gudumbali, where the terrorists attacked troops locations on Friday.

Buratai, a Lietunant-General, vowed that the military will continue to defend the country and protect its people against attacks, whether external or internal.

He said such incident would not deter the military as it was common in counter insurgency and counter terrorism operations.

Already, the army chief said the Operation Lafiya Dole, coordinating the counter insurgency operations in the North-East was being reorganised and reinvigorated to address identified challenges.

The insurgents, which attacked military locations in around the town, were believed to belong to the faction led by Al Barnawi, which had pledged allegiance to the Islamic State in West Africa or ISWA.

However, a Correspondent of the News Agency of Nigeria (NAN), who was on the motorcade of the army chief observed that contrary to media publication, the terrorists did not touch any structure in the town, except one troops’ location.

According to some residents of Gudumbali, who turned out in large numbers to welcome the army chief, the terrorists stormed the town at about 4p. m. on Friday and began to extort money from market women and loot food items.

NAN also gathered that the troops immediately engaged the attackers, but beat a tactical withdrawal before regrouping to repell them.

Zainab Wakil, a resident, explained that they came at a time when the community market which holds on every Friday was still in session.

“They – terrorists did not attack us, but extort money from us and ordered us to stop trading. We left our wares and ran into the bush.

“We were in the bush until Saturday morning. We came out after we noticed that soldiers, who withdrew had came out to chase away the insurgents,” she said.

Wakil maintained that the Boko Haram terrorists did not attack or kill any of the villagers before they fled at about 1a.m. on Saturday.

Kachala Aliyu, another resident of Gudumbali, also told journalists that the insurgents did not kill anybody in the town.

Aliyu said that after extorting money and looted food stuff from the traders and disrupted trading in the market, they went straight to the troops’ location. 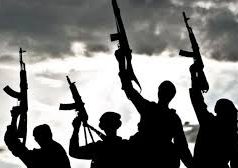