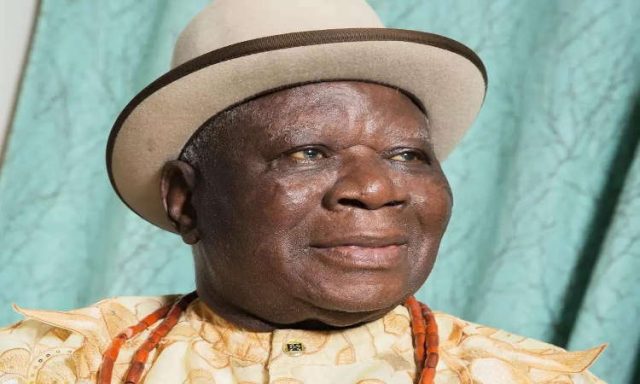 Ijaw elder statesman, Edwin Clark, has warned Niger Delta militants that their planned attack on oil facilities is not in the region’s interest.

Clark also said Niger Delta elders will send a delegation to the Niger Delta Avengers(NDA), who had vowed to undertake the action – to douse the rising tension in the region.

Clark spoke when a delegation of the Federal Government, led by the Special Adviser to the President on Niger Delta, Paul Boroh visited him in his Abuja home on Sunday.

“We are appealing to the NDA not to resume hostilities. They are our children and they mandated us to negotiate with the Federal Government on their behalf. They have to be patient and give us time to do so successfully.

“Any resumption of hostilities will not be in the interest of our people. This is not the time to resume hostilities. It is true that the Federal Government has not been quite serious about the negotiations, but we are asking the NDA to maintain the peace. We have pleaded with them and we are sending a delegation to meet with them.”

He noted that the NDA’s grievance is FG’s disobedience to an agreement they reached with them earlier in Port Harcourt.