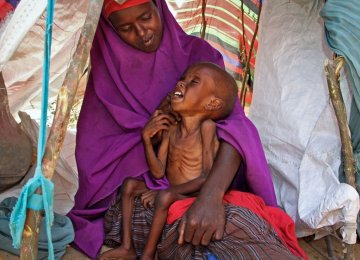 Mafindi made the observation in Jalingo on Friday during the opening of a one-day Child Friendly Community Initiative meeting of stakeholders in the state organised by the United Nations Children Education Fund (UNICEF).

He said that it was imperative for governments to make “deliberate efforts” at reconstruction and rehabilitation of displaced persons as most of the people living in the IDPs camps lacked access to the basic necessities of life.

Mr Bhanu Pathak, the Chief UNICEF Officer in Bauchi Field Office, who was represented at the meeting by the Health Specialist of the Field, Dr Zighe Mlakh, said that previous interventions by UNICEF did not yield a holistic result because different interventions were made to different communities.

Pathak said: “the Child Friendly Community Initiative was aimed at making the communities aware of what they are supposed to do for the children and to make them take charge in enforcing child rights and other child related issues.”

Pathak said four out of every 10 girls were getting married before their 18th birthdays.

He said that the child friendly community initiative would provide a comprehensive package for children including areas of intervention such as education, WASH, C4D polio vaccination, birth registration and others in one holistic approach with an aim of making the best and most impact on the lives of the children.

Critical stakeholders drawn from health, education, water resources, agriculture, budget and the state planning commission, among others, participated in the one day workshop.