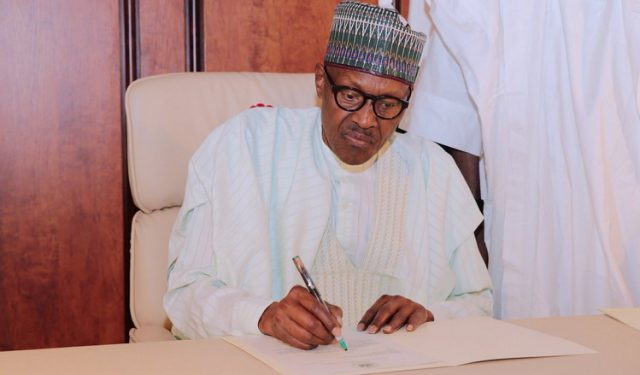 The Deputy Senate President, Ike Ekweremadu, said inclusion of time-frame for pre-election litigations in the Constitution would ensure that challenges of prolonged legal tussles after elections was eliminated.

He said in a statement by his Special Adviser on Media, Uche Anichukwu, on Sunday in Abuja, that provision of the time-frame showed that Nigeria’s democracy was coming of age.

Ekweremadu, according to the statement, was reacting to the signing of four Constitution Alteration Bills by President Muhammadu Buhari.

“This is another major leap for our democracy, especially our elections.

“I recall that even though the election in 2003, of one of my colleagues in the 5th Senate was challenged, he already finished his tenure and was into another in the 6th Senate.

“That was when the tribunal ruled that he did not win the initial election into the 5th Senate, which he already enjoyed to the fullest.

“Therefore, what we did in 2010 was to amend the Constitution to set a timeframe for filing, hearing and delivery of judgment/returns on election petitions.

“Such petitions must be filed within 21days and judgment must be delivered within 180 days from the date of filing of the petition.

Ekweremadu, who is also Chairman, Senate Committee on Constitution Review, said with the amendment, the distractions and agitations that came with delay of justice would be a thing of the past.

“People will no longer enjoy for a long time, mandates that are not theirs.

“Likewise, real winners of party primaries will not wait for too long to assume their mandates.

“If we add this to the Not-Too-Young-To-Run amendment and several other election-related amendments to the Constitution in 2010, it means our democracy is coming of age,’’ he stated.

He also said that adding financial and administrative autonomy to Independent National Electoral Commission (INEC) and removal of political party membership as qualification for appointment as member or chairman of INEC were signs of democratic growth.

The Deputy Senate President added that reduction in the number of Judges and quorum of election petition tribunals and the abrogation of disqualification of persons by Administrative Panels, “shows our democracy is growing”.

On financial autonomy to State Houses of Assembly and state Judiciaries, he said such was intended to ensure that both arms of Government discharged their constitutional responsibilities “without any hindrances and without fear or favour at the state level”.

He commended the President and members of the National and States’ Houses of Assembly for acting in national interest and urged the President to also append his signature to the remaining constitution amendment Bills before him.