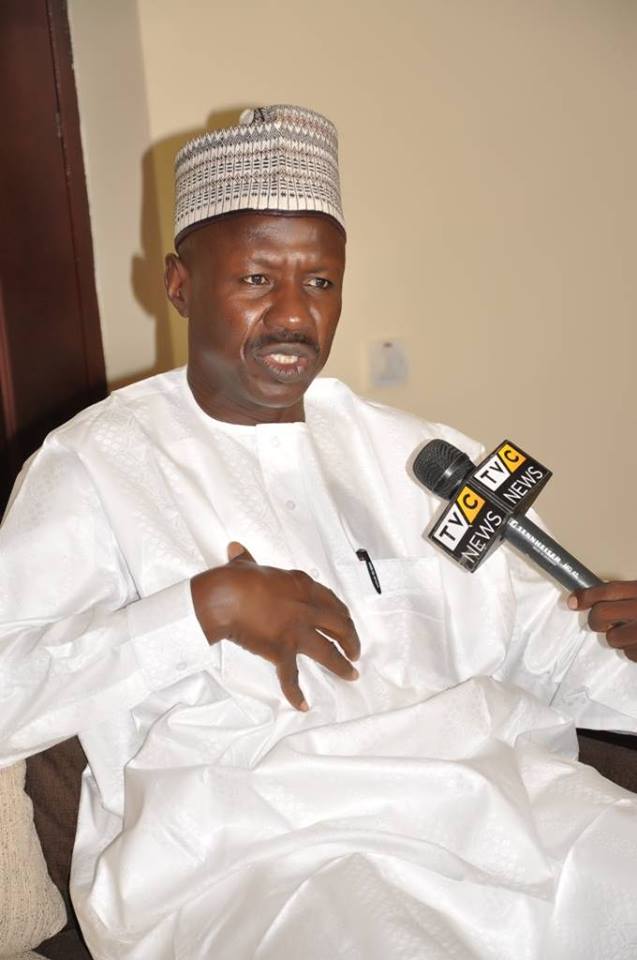 The Acting Chairman of the Economic and Financial Crimes Commission (EFCC), Ibrahim Magu, has said corruption in Nigeria has defied efforts at eradicating it and is making the country a laughing stock.

Magu said this in a Abuja on Monday at the 68th General Assembly of the Broadcasting Organisations of Nigeria, which had the theme, ‘The Nigerian Media and The War Against Corruption’.

“Corruption in Nigeria is cancerous and has defied every effort at eradicating it while making the country a laughing stock in the Committee of Nations. There are few nations that are as rich as Nigeria, yet poor,” the EFCC boss said.

“Poverty in the midst of wealth is the paradox of our existence, and corruption is the culprit.”

Magu, like Information and Culture Minister, Lai Mohammed who spoke at the event, blamed corruption for a majority of the country’s problems.

“We have never been in doubt that checking corruption is the fast way to escape from poverty and squalor. This is the reason why successive Administrations make the fight against corruption a priority programme. But success in the endeavour has been mixed,” he said.

According to Magu, while some Nigerians are content blaming successive regimes for lacking the will to tackle corruption, the majority of citizens share in the blame.

“As citizens and professionals, we have roles to play. The question is, how effectively have we played our roles of helping to fight corruption in Nigeria?”

Although he praised the theme of the BON General Assembly as apt, timely and evidence that “the media appreciates the fact that the anti-graft war is arguably the most urgent issue in our national agenda”, he challenged the media to better play its role.