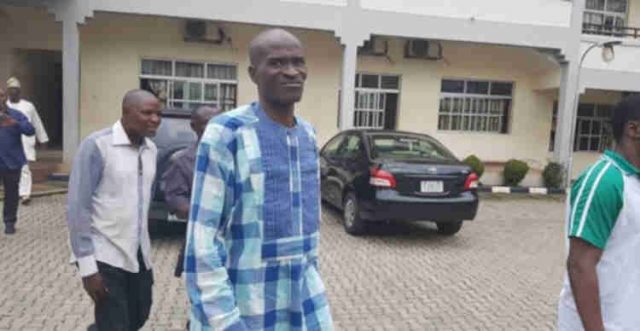 A federal high court sitting in Abuja, has ordered the Department of State Services (DSS) to pay the publisher of the Weekly Source, Jones Abiri, the sum of N10.5 million as compensation for illegal detention.

The Advocate reports that the Bayelsa-based journalist was arrested by secret police and accused of being the leader of the joint revolutionary council of the Joint Niger Delta Liberation Force, a separatist group.

The publisher was also accused of threatening oil companies and demanding money from them.

Abiri was arraigned for the first time after two years in July following public outcry. Abiri was granted bail in August.

In August, Abiri asked the Abuja division of the high court to compel the federal government to pay him N200 million as compensation for spending two years in detention.

In the application filed at the court by his lawyers led by Femi Falana, Abiri said the secret police violated his rights and tortured him.

Abiri argued that his prolonged detention without a trial violates his dignity of person and freedom of association.

Hearing the application on Thursday, Justice Nnamdi Dimgba ruled that the DSS has not denied arresting and detaining Abiri since July 2016.

The judge also ruled that the DSS acted outside the provision of the law regarding the terrorism prevention act.