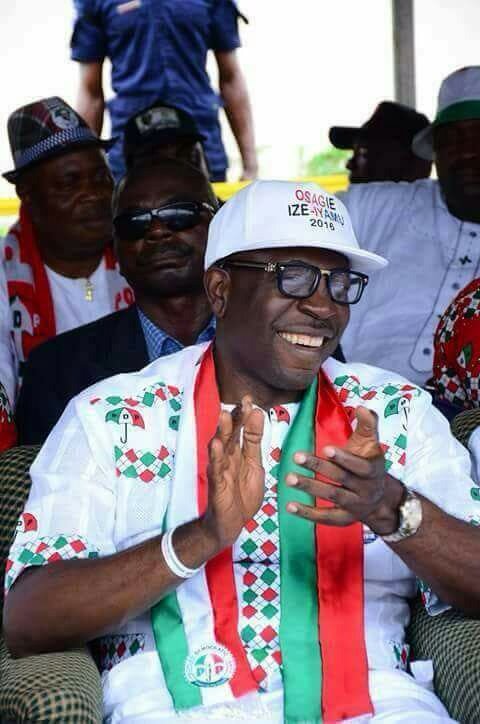 Justice P . I Adjokwu of a Federal High Court in Benin has granted the Edo chairman of the Peoples Democratic Party, Dan Orbih; and Osagie Ize-Iyamu, the 2016 governorship candidate, N10m bail each for alleged N700m fraud.

Also granted bail in the sum of N10 m each were the former deputy governor, Lucky Imasuen; a former member of the House of Representatives, Tony Azegnemi and Efe Anthony.

Justice Adjokwu ordered the defendants to produce a surety each in like sum.

The judge ordered that the sureties, who must not be below grade level 16 , must be house owners, with Certificates of Occupancy that should be deposited with the court’s deputy registrar.

Adjokwu, who rejected the plea by defendants’ counsel, Charles Edosomwan that they be remanded in the EFCC custody until they meet the bail conditions, ordered them remanded in prison .

The judge adjourned the case till July 4.

EFCC had arraigned the defendants on eight counts of laundering the sum of N700m.

The EFCC alleged that the defendants were arraigned for receiving N700m, prior to the 2015 general elections, from former oil minister, Diezani Alison-Madueke.