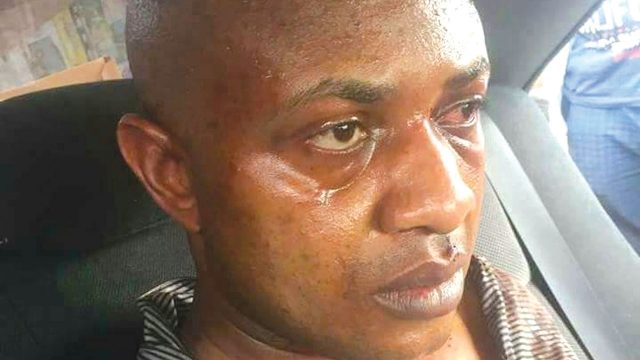 The Lagos State High court has fixed November 11, 2017, for the ruling in the trial of the alleged kidnap kingpin, Chukwudumeme Onwuamadike ( Evans) and three others.

Evans who arrived at the court Friday morning was rearranged on a fresh charge, 7 count charge of conspiracy, attempted kidnap, attempted murder and murder.

The presiding judge, Justice Tawio listened to the argument from both counsels on whether or not to quash the charges against Evans.

But the defence argued that the accused person already has a case against him at the state high court Ikeja, on the same offence which is a gross abuse of court process.

He added that bringing another case on the same offence against the suspect will amount to repetition and duplication of charges.

In response, the prosecution stated that the defence is in total misinterpretation/ misunderstanding of the word duplicity.

The DPP adds that according to sec 153 of the ACJ 2015 a count should contain one single offence, containing more than one offence will means bad for duplicity.

Therefore when an offence is committed on separate days, in this case, the offence of attempted kidnapping was committed in 2014, which can be brought in different courts.

Evans and three others are being charged with murder of Peter Nweke and Chigozie Ngozi who are said to be police officers attached to the Chairman of “The Young Shall Grow Motors”, Vincent Amaechi Obianodo and also attempted kidnap of the transport boss.