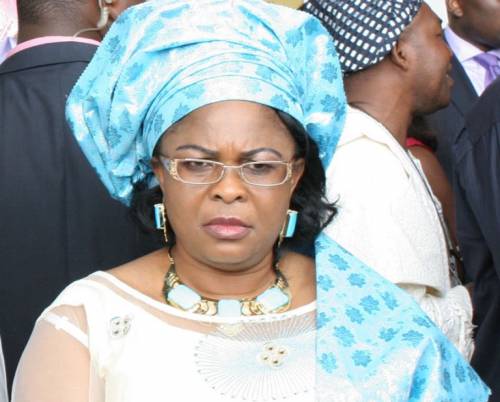 A freezing order barring former first lady, Patience Jonathan, from operating 16 bank accounts, which belong to her has been vacated by an order from a Federal High Court sitting in Abuja .

The presiding judge, Justice Binta Nyako, on Tuesday, withdrew the order, which barred Jonathan from gaining access to the monies in the accounts.

The order reversal was based on the inability of the Economic and Financial Crimes Commission’s (EFCC), which sought and gained the ex-parte order, to successfully investigate the alleged infractions involving the frozen accounts.

This followed an application by counsel to the defence, Mike Ozekhome, which asked the court to set the order aside as the interim forfeiture order has elapsed and cannot be renewed.

He argued that the ex parte order itself was gained falsely as the EFCC suppressed the fact that it had earlier approached the Lagos division of the court for the same relief. An act he termed an abuse of the court process.

After hearing the arguments by both sides, Nyako said the EFCC had not provided just cause for the renewal of the ex parte order and ruled that the accounts be unfrozen.