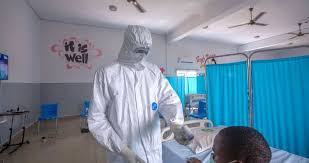 The Lagos State Ministry of Health has revealed that over 500 deaths were recorded in isolation centres across the state.

According to Ogunsanwo, inbound travellers contributed to the increasing fatalities. Though he said over 500 had been recorded, data on the website of the Nigeria Centre for Disease Control (NCDC) showed that Lagos recorded 47 deaths as of August 21.

Part of the statement reads, “The COVID-19 Third Wave that Lagos and other parts of Nigeria are experiencing is as a direct result of the importation of cases from other countries where the pandemic is very active.

“This is why travel guidelines are so important in minimising the impact on our citizens and economy. Lagos State Government has observed a disturbing trend of false accusations by some defaulting international travellers about the implementation of COVID travel protocols as laid down by the Federal Government, especially around inbound travellers from red-listed countries like South Africa, India, Brazil, and Turkey.”

“Since the commencement of the isolation of passengers from the red-listed countries, the Lagos State response has successfully quarantined 4,448 passengers as of the August 19, 2021 and identified 58 Persons of Interest (POIs) who tested positive to the COVID-19 virus, despite a negative test on arrival; and would have hitherto contributed to the ongoing third wave, which has claimed over 500 deaths recorded at our isolation centres.”