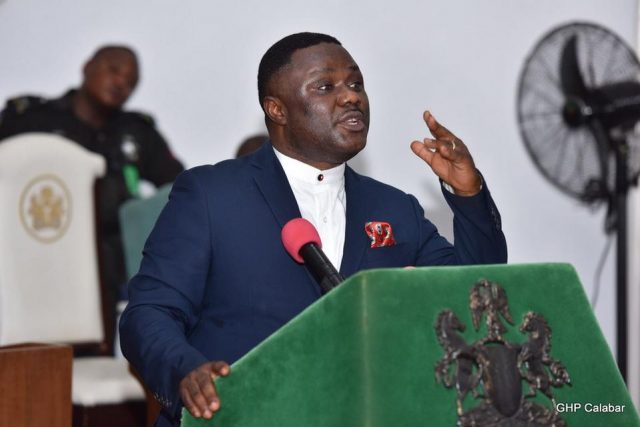 Cross River Governor, Ben Ayade has disclosed that he would formally petition the Federal Government over the state’s 13% derivation credit.

The Governor said this after signing a construction agreement for preliminary works at the Bakassi Deep Seaport with China Harbour Company.

He also accused the Federal Government of conspiring to rob the state of her oil-producing status and deprive her of the 13% derivation credit.

Ayade said the loss of Bakassi peninsula to Cameroon and 76 oil wells to neighbouring Akwa Ibom state, which were avoidable, have greatly impoverished Cross River state.

“The state had been treated unfairly in several ways. The situation has reduced the state to lack and want in body and soul and a weeping child of the nation,”He said.

The Bakassi Deep Seaport project, which is one of Ayade’s signature projects, is expected to serve the North Eastern part of the country as well as Chad Republic and Niger.