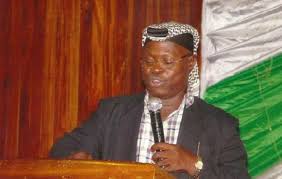 Speaking in a statement, Professor Ishaq Akintola, Director, Muslim Rights Concern (MURIC), on Wednesday, noted that the rising incidents of blasphemy in various parts of the country was partly because of hate sermons delivered by some clerics in their various churches.

“It has come to our notice that the root of blasphemy and its proliferation in this country is the licencious indulgence in and permission of hate sermons by Christian clerics and leaders respectively. Our weak institutions also condone both hate sermons and blasphemy. These are disasters waiting to happen unless we take urgent steps to plug the leaking holes,” he said.

He however, lauded the advice by the Christians body, Christian Association of Nigeria, CAN, on the need to respect the religion of one another.

The Don lamented about video clips of famous pastors preaching hate and pouring out venomous and toxic sermons on the pulpit have gone viral on many occasions.

According to him, it is these hate sermons which instigate the ordinary Christians to make derogatory remarks about Islam and its prophets.

“It is our contention that there will be no blasphemy if there is no hate sermon. We, therefore, invite Christian leaders to caution pastors who are in the habit of preaching hate and deriding Islam.

“We must recognize the fact that there is suicide speech, just as there is hate speech. Anybody can love Adolf Hitler. But when someone goes to Israel, climbs a table in the midst of a Jewish crowd and shouts ‘I love Hitler!’ It is doubtful if his family will have anything at all to bury from the bulk of his anatomy,” he said.