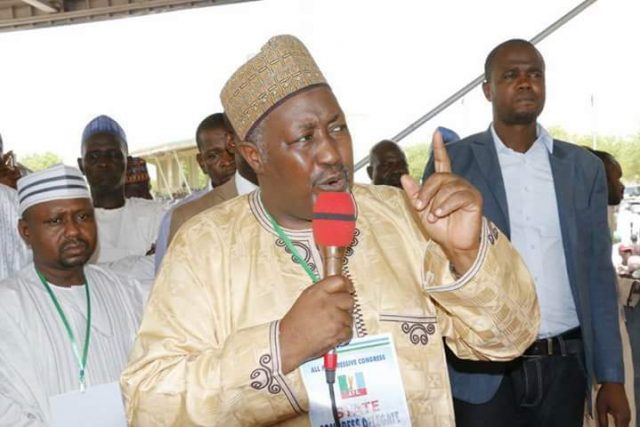 Jigawa Governor, Abubakar Badaru, on has recalled when he was inaugurated in 2015, that he received a voluminous document detailing huge debts and uncompleted capital projects worth N31.3 billion in the state.

“The first day I went through the handover note submitted to me by the then PDP administration, I felt like running away because of the gravity of problems contained in the document,” he said.

Badaru stated this in an interview with journalists at the government house, Dutse, marking the activities of his third year in office.

He outlined his achievements as well as the challenges he encountered since he came on board.

“Since 2015, we have spent N51billion on road projects comprising N31.3 billion on inherited projects and N19.3 billion on new project as well as N841 million in road rehabilitation,” he said.

Badaru said the efficient way he employed in managing public treasury has earned him so many foes even within his party (APC).

He said this has not deterred him from delivering his campaign promises.

“With the little resources available, I have been able to complete 90 percent of the inherited capital projects and commenced new ones,” he said.

He said the austerity measure his Administration embarked upon was to prevent the state from backlog of salaries and pensions, adding that, the approach has successfully negotiated a discount of over N11 billion on inherited projects. He said he ploughed the savings into new projects.

“Prior to my swearing in, the opposition PDP dug a hole for the incoming administration to fall. They left only N16 million in the treasury thinking that we can’t even pay salary.

“However, with prudence and God willing, Jigawa is among the states paying workers salary unfailingly on 25 of every months and now paying leave grant.”