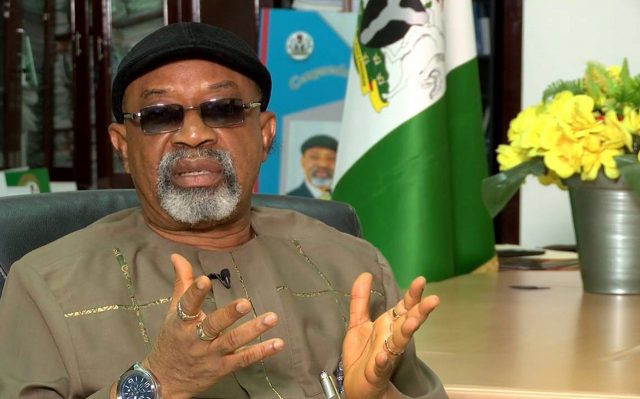 The Minister of Labour and Employment, Chris Ngige, has said that the federal government has fulfilled its part of an agreement reached with the striking non-academic staff of federal universities on September 20.

The minister, via a statement signed by Samuel Olowookere, the Deputy-Director of Press in the ministry, on Tuesday, said the government had also fully complied with the implementation timelines of the agreement.

The university workers began the strike, on Monday, under the aegis of Joint Action Committee (JAC) made up of the Senior Staff Association of Nigerian Universities (SSANU), Non-Academic Staff Union (NASU) and National Association of Academic Technologists (NAAT), in protest against the sharing formula of the N23 billion released by the Federal Government for the settlement of earned allowances.

In the sharing formula, non-academic staff were allocated 11 percent of the N23 billion as against 89 percent for academic staff in the universities.

The minister asked them to call off the strike and make a fresh case in respect of their reservation concerning the disbursement of the N23 billion, which he said was the first item on the Sept. 20 agreement.