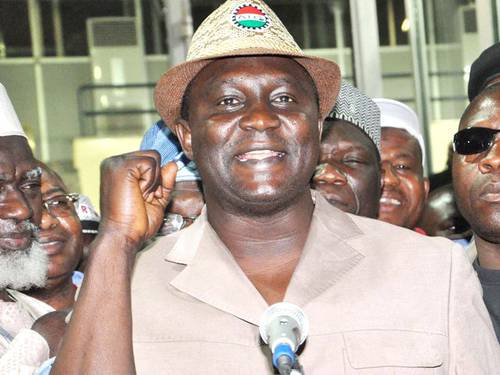 The Nigerian Labour Congress (NLC) has said the 18 years of democracy in the nation has benefitted the political class and not the average Nigerian.

In a statement issued on Monday, the President of the NLC, Ayuba Wabba said despite the inability of democracy to meet the expectations of Nigerians, it still remains the best form of government.

“While we celebrate democracy’s irreplaceable gift of freedom, liberty and popular representation, the truth remains that this democracy has served the political class and not the average Nigerian but we will continue to support all processes that will enthrone or perfect our democracy.

“So, for us in Nigeria, it is perfectly fitting to ask ourselves “how has democracy served the people of Nigeria?

“In our view, 18 years is long enough a time to ask ourselves how much progress have we made as a people in our democratic journey? The truth is that 18 years of democracy has come with very sparse rewards for the Nigerian people,” the statement said.

He said democracy day reminds Nigerians, ”that we are on a democratic journey which affords us the space to review how far and how well this journey has progressed.

“Unfortunately, those we elected to serve as democratic leaders have not only turned around to serve themselves but continue to exploit every given opportunity to turn the rest of us into paupers in our own land,” he added.

The labour leader said “democracy that does not allocate resources in a manner that ensures equity, justice and sustained national development or cohesion is beggarly”.

He said in spite of the efforts made by the Buhari administration to fight corruption, ”corruption keeps fighting back more viciously.”

“Despite escalating costs of living, devaluation of the Naira and general hardship in the land, the Nigerian worker is still forced to survive on N18,000 as minimum wage with not a few states owing backlog of salaries and pensions.

“How well has this democracy uplifted the spaces where we live and work? Without prejudice to the effort of this government, our infrastructure is still in tatters. Our roads are impassable and public electricity supply remains epileptic. Our schools and health facilities have become sorry relics of what they used to be in the first decade post-independence,” he said.

Also, according to the statement, “our electoral processes are improving by the day, the same cannot be said of elections conducted by State Electoral Commissions. Worse still, we are worried by the political intolerance of governors and their philistinal behaviour, completely at variance with what obtains at the centre.”