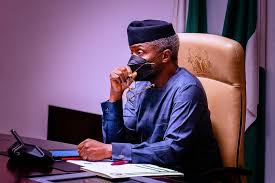 The National Economic Council has insist that petroleum subsidy will be over in June.

Speaking, while speaking with newsmen, Nasarawa State Governor Abdullahi Sule told reporters in Abuja after a NEC meeting that the provision for subsidy in the 2022 budget terminates in June.

He added that  the decision on what to do next is the prerogative of the Nigerian National Petroleum Corporation (NNPC) Limited.

Sule clarified that governors have no role in determining the prices of petroleum products.

He said: “If the Minister of Finance (Zainab Ahmed) provides subsidy for six months, you probably can understand part of the reasons for the provision.

“When the NNPC Limited fully takes off, it is at that moment that decisions on subsidy removal will be made.

“I want to make the correction that it is not governors who are making recommendations. It is actually a NEC committee that comprises all the others.

“Already, the Petroleum Industry Act has fully taken charge, and it will not require any recommendation from anybody.”

According to him, the Federal Government was spending about N2 trillion on petroleum subsidy annually.s

He aid the amount could have been used for other purposes.

He added  Premium Motor Spirit (PMS), which sells for N162-165 per litre in Nigeria, is 100 per cent higher in other countries.

Sule said: “As you are aware, the issue of subsidy has been one matter that NEC has deliberated on for more than a year now.

“There was an ad-hoc committee, which was set up by NEC headed by Governor Nasir El-Rufai of Kaduna State that included members of the Executive arm of government.

“The committee worked on recommendations as to what we should do about the cost of PMS locally because as you realise, as has been told us, the cost of PMS in Nigeria today is about N162 per litre, whereas every other country surrounding Nigeria is selling the same product at more than 100 per cent of the cost in Nigeria.

“So, for NEC, the arguments have been put out, should we continue this regime of spending money we do not have to subsidize the living standards of only mostly those who have vehicles?

“And when NEC looked at some of the analysis last year, we then realised that less than 1/3 of the states of this country consume two-thirds of the subsidy.

“So, the issue of equity also came up. All of these findings were presented to NEC and NEC has had several deliberations. And the deliberations are still ongoing.

“NEC hasn’t come up with any decision yet. I think recommendations have also been made to the President.”