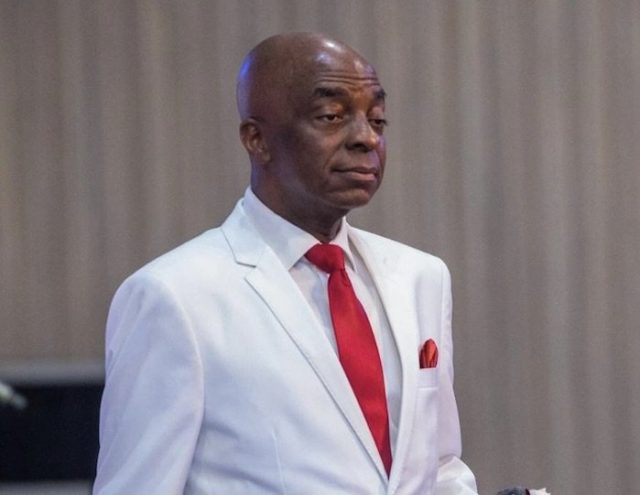 A light drama erupted on thursday, at the Lagos office of the Embassy of the United States as the founder of Faith Living Faith Church,  Bishop David Oyedepo was denied visa.

But an ace comedian, Abovi Ugboma, popularly known as Bovi was lucky with the embassy as he was issued the visa. However, his wife, Kris Asimonye, was not as lucky as she was denied the travelling document.

It was gathered that the embassy did not give any other reason other than the Bishop did not qualify for visa renewal in its assessment and urged him to try again, This Day reports.

Heaven was, however, let loose, when the obviously flustered preacher and businessman, created scene whilst querying the grounds for his refusal.

Insider said he told the embassy he had been traveling to the states as far back as 1980s and had not violated any rules or committed any crime to have warranted being denied a renewal of his visa.

According to the source, he immediately sent for his bodyguards to get his phones so he could make some calls, but the embassy allegedly told him he could not make calls within the precincts of the visa-issuing section of the embassy.

When newsmen contacted the embassy for clarifications on why the popular Bishop was denied visa, a staff of the embassy in the media department, requested that an email be sent with the questions and promised to respond as soon as possible.