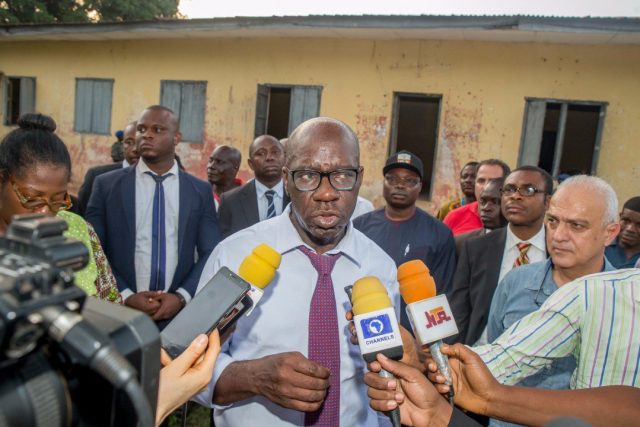 The Edo Government has donated an Armored Personnel Carrier (APC) to the Police Command in the state to enable it beef up the security network as well as respond faster to emergency situations.

Governor Godwin Obaseki, who presented the APC to the state’s Commissioner of Police, Johnson Kokumo at the Government House in Benin on Tuesday said the goal of his administration was to make the state one of the safest in the country.

He said the administration was working on a holistic approach to security in the state.

“The APC is one of the very many equipment we have procured to lunch our security architecture in a month`s time.

“The architecture will involve equipment like Police vehicles, security devices, protective gears, training of Police personnel and equipping them with motorbikes and protective gears to fight crime,’’ Obaseki said.

He said the government would also provide high-speed boats to the Marine Police to protect the waterways and communities in coastal areas in the state.

The Governor said residents of the state were being sensitised on how to take active part in ensuring security; from intelligence gathering to serving as first responder in case of any incident.

He added that the state intended to have service centres where people can make phone calls when they are faced with danger.

Responding, Kokumo, commended the governor for his efforts to ensure the state was safe and secured.

He said the APC has the capacity to move in all terrains, adding that all the equipment given to the police to carry out its operations would be adequately maintained.

Kokumo, said the police would soon embark on air surveillance with helicopters to rid the state of all forms of criminals.

The commissioner assured the people of the state of adequate security as his men were fully on ground to protect lives and properties.