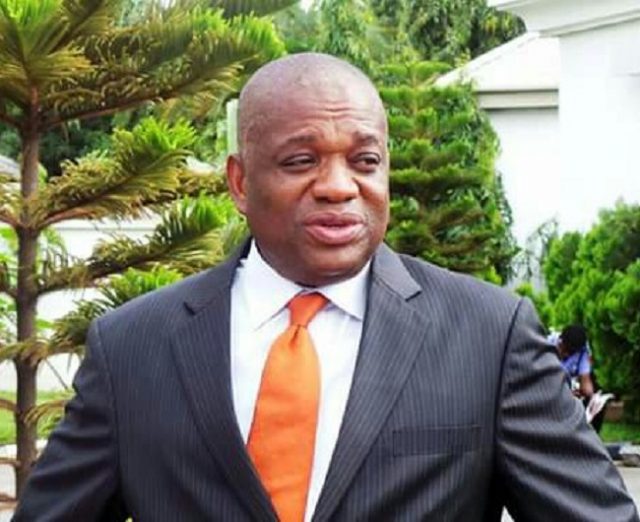 The Economic and Financial Crimes Commission (EFCC) has insisted that the defection of  a former Abia Governor, Orji Kalu, to the All Progressive Congress (APCp) won’t stop the alleged corruption case involving him.

Spokesperson for the commission, Wilson Uwujaren, said on Tuesday during his appearance on Channels Forum, a Channels Television programme which brings opinion leaders and policymakers together to discuss and find solutions to Nigeria’s problems.

The EFCC had charged Kalu with fraud allegations running into billions of naira when he served as Governor of Abia State.

In January, A legal practitioner, Kingsley Ekwem, declined to testify as a prosecution witness in the trial of the former Governor and two others over an alleged N3.2billion fraud.

Kalu has defected from the Peoples Democratic Party (PDP) to the All Progressives Congress (APC), while members of the opposition party have continued to accuse the APC government of a one-sided anti-corruption war.

Uwujaren, however, maintained that the alleged corruption case against the former Governor is ongoing, stressing that joining the APC folk has no effect on the matter.

“Yes, Orji Kalu has left the PDP to APC; but that does not mean that his case under prosecution has stopped. I can recall that on May 11, the prosecution closed its case in that matter.

“That case is going on and I don’t see how political association can affect the matter that is being prosecuted in court. It has nothing to do with the corruption allegations against him.”

The EFCC spokesman further responded to the allegations of a one-sided anti-corruption fight and asked Nigerians to be wary of the credibility of such accusation.

He explained that the anti-graft agency goes through a process before a case can be prosecuted and such is based on the strength of the evidence it has.