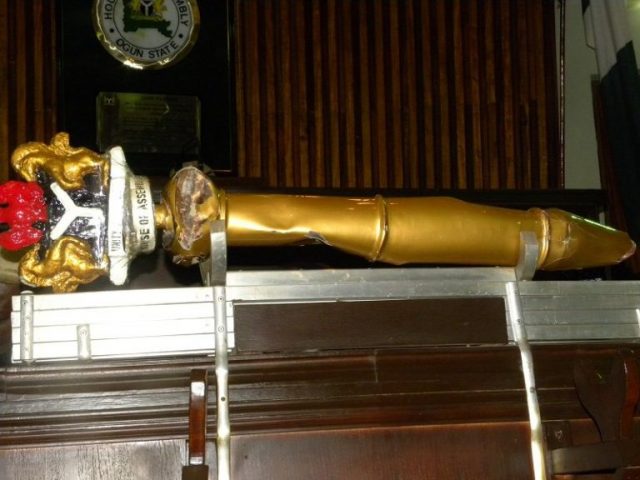 The suspension was sequel to the submission of the report of an Adhoc Disciplinary Committee of the House, headed by Fajemilehin Ayodele.

He was also accused of engaging in activities capable of bringing down the dignity of the House.

Fajemilehin disclosed that all efforts towards getting the lawmaker to defend himself proved abortive due to his refusal to honour the invitation of the Committee.

Members present at plenary aligned with the report of the Committee and called for appropriate disciplinary measure against the lawmaker.

Reacting to the report,  Temitope Fasanmi, Akinleye Ekundayo, Afolabi Akanni and the Deputy speaker, Animasaun Adesina, condemned the lawmaker’s attitude and described his recent actions as highly unbecoming of an honourable member.

The Chairman of the House committee on Information, Omotoso Samuel, described as unfortunate the actions of the lawmaker, saying that anything that would bring the House to disrepute should be rejected by all.

The Speaker of the Assembly, Kola Oluwawole, said from the submissions of members and the Committee, it had been established that Akinniyi had been threatening the Assembly’s symbol of authority through his actions.

The Leader of Business, Akinyele Olatunji moved the motion for the indefinite suspension of the lawmaker and it was unanimously approved by members present at plenary.