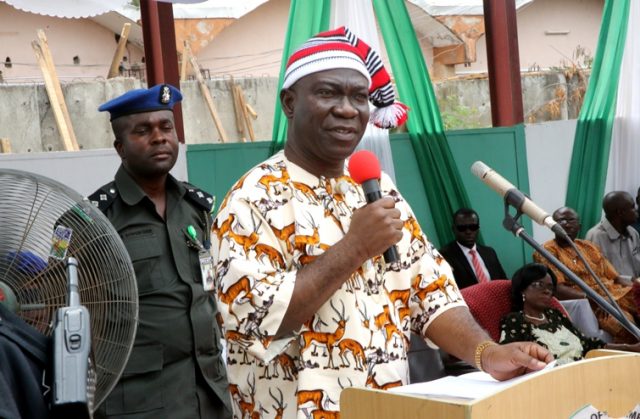 The Deputy Senate President, Ike Ekweremadu, has called on the Nigerian Bar Association (NBA), to stop the silence and speak up against acts of impunity committed in the country.

Ekweremadu made the call on Tuesday in Abuja at the 2018 Law Week of the NBA, Abuja Branch.

“Frightening as the emerging trend appears, I am more troubled by the loud silence of the NBA.

“Our society is in despair today as democracy is receding and the rule of law appears to be at the crossroads while the killings across the land have become so massive, frequent, and mindless.

“Politicians that were once friends have turned our politics into a war of attrition, elections in many instances, have been highly militarised, with some security officers accused of physically assaulting the staff of the Independent National Electoral Commission (INEC).

“Nigerians have watched on live television the raid of the hallowed chamber of the Senate and the carting away of its mace by thugs.

“The Bar has not uttered any word of condemnation of these and other clear acts of aggression against the legislature or the judiciary in recent years,” he said.

According to him, we must bear in mind that democracy does not die in a day but it dies a slow and painful death.

“Democracy will die if the independence of the judiciary is destroyed, the National Assembly turned to a rubber stamp, the media gagged, the Civil Society Organisations sucked-in, and the electoral umpire annexed.

“But it is not in anybody’s interest, let alone the Bar, for our democracy to fail. We cannot fold our hands, keep sealed lips, and expect heavens to play our parts as lawyers.”

Ekweremadu challenged the lawyers not to sit on the fence but be heard loud and clear in condemnation of desecration and intimidation, and annexation of key institutions of democracy.