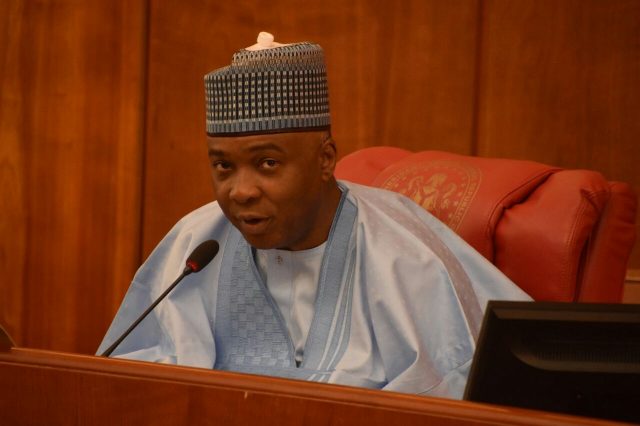 The Senate President, Bukola Saraki has expressed grief over Alex Ekwueme’s death describing the former Vice President as a rare personality and an exceptional leader who dedicated himself to the development of the country.

Saraki, via a statement signed by his Special Adviser on Media and Publicity, Yusuph Olaniyonu prayed God to grant Ekwueme eternal rest and give his family and the nation the grace to bear the loss.

“I join the entire nation to mourn the passing of one of Nigeria’s most illustrious sons, Alex Ekwueme, our first elected Vice-President.

“As we mourn his death, we celebrate his dedication and service to the development of our country.

“We remember his exemplary courage in the face of overwhelming odds – when he stood up to past Military regimes in the struggle for restoration of democracy and his dexterity in his personal pursuits as a successful architect, lawyer, businessman and philanthropist.

“He will be sorely missed,” Saraki said.