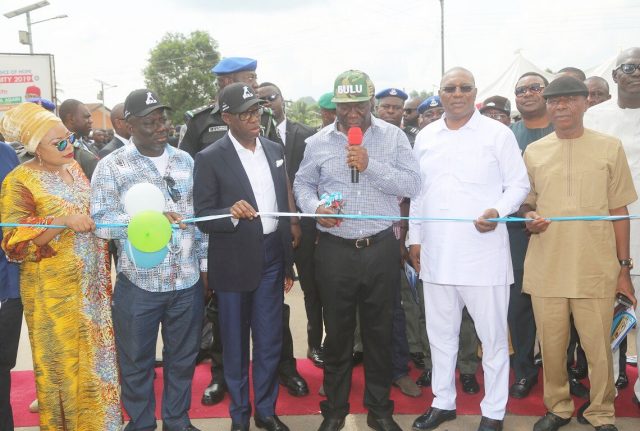 The Deputy Senate President, Ike Ekweremadu, has charged Nigerians to embrace education in order to eradicate kidnapping, ignorance and other vices from the country.

Ekweremadu gave the charge on Friday in Asaba while inaugurating the Delta State library complex completed and equipped by the Governor Ifeanyi Okowa Administration as part of its 3rd anniversary infrastructural project.

Ekweremadu had earlier performed the groundbreaking for the
N13-billion Delta State Central Secretariat Complex initiated by the Okowa Administration and due for completion in June 2019.

According to Ekweremadu, the library project is the mother of all projects because knowledge is power.

“This is because with education, the challenges we have in the country like kidnapping, ignorance and other social vices can be pushed away by education.”

He applauded the Governor for the various roads projects, saying that such projects open up communities, make movements easier and attract development to the state.

In his address, Okowa thanked Ekweremadu for honouring his invitation to inaugurate the three roads project, the library and the groundbreaking of the State Secretariat.

He said that his Administration had approved about 208 roads projects with 96 roads completed within the three years of his administration.

According to him, the projects were aimed at opening up the communities and linking them to urban centres across the state.

He said that other completed roads projects and a market in Sapele would also be inaugurated next week.