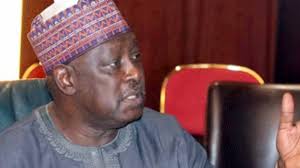 Ex-Secretary to the Government of the Federation (SGF) Babachir Lawal has denied promoting religious violence.

Speaking in a statement on Monday, he  threatened to sue those behind the report.

Lawal, said yesterday, in Abuja that he abhorred religious violence and would never be involved in or promote inhuman acts in the name of religion.

According to him, two of  his lawyers would identify those behind the false claim and initiate court action against them.

The statement said: “There is a voice note being circulated in the social media, purported to have been made by me, inciting Christians to retaliate the recurring violence repeatedly unleashed on Christians, their communities and their properties, as epitomised by the recent burning to death of Miss Deborah Samuel and church property in Sokoto.

“While I rightly feel indignant about these killings, it is not in my character to incite people to retaliate.

“Besides, the voice on the voice note is not mine, neither is it in my character to incite revenge.

“The Bible clearly urges believers to leave vengeance to God and I have always urged all victims of religious bigotry and violence to obey this injunction.”