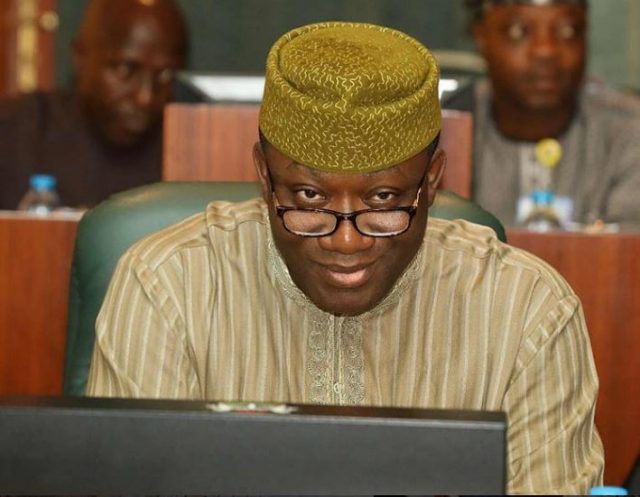 Former Minister of Mines and Steel Development, Kayode Fayemi, on Wednesday officially handed over the leadership of the Ministry to the Minister of State,Abubakar Bwari.

Kayode handed over documents in his custody in Abuja, to enable Bwari to execute the functions of the Ministry appropriately.

According to him, much is still needed to be done to make the sector a mining destination.

He commended the acting Minister who served as Minister of state under him, saying that his support and wise counsel helped in moving the sector forward.

Bwari appreciated the Minister for time spent together, adding that both of them served in oneness, unity and understanding.

“There were no grudges between us when we were serving together; that is why we were able to move the sector forward.

“I want to use this opportunity to apologise to Fayemi, in case I had offended him at the course of performing our duties together.”

He said that Fayemi did his best at the local and international levels to move the sector forward and also impacted greatly in the lives of the ministry’s staff.

Zubairu Abdulahi, the Director of Human Resources who spoke on behalf of the Directors in the Ministry, wished the outgoing minister well in his future endeavours.