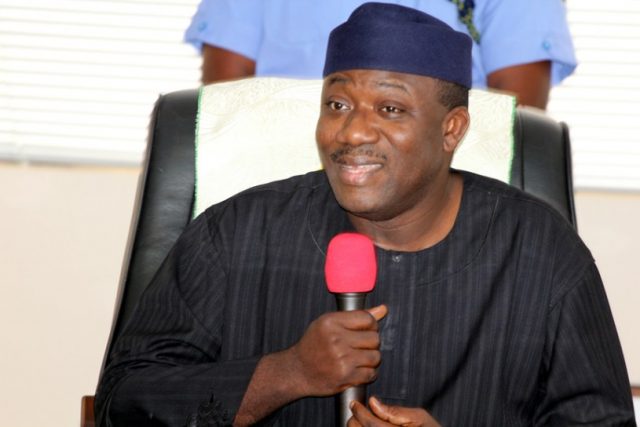 The Minister of Solid Minerals Development. Kayode Fayemi has resigned.

The Minister publicly disclosed his resignation at a press briefing.

He said Muhammadu Buhari, the President  of Nigeria accepted his resignation which he turned in a few weeks ago. The resignation is effective May 30.

Fayemi emerged the candidate of the All Progressives Congress (APC) in the upcoming governorship elections in Ekiti on May 12.

The election is scheduled for July 14.

If Fayemi wins, he would only be able to serve one term. He was denied a second term by Ayo Fayose in the state’s 2014 governorship elections.

He is expected to be the major challenger to the candidate of Peoples Democratic Party, Kolapo Olusola-Eleka, Fayose’s preferred successor