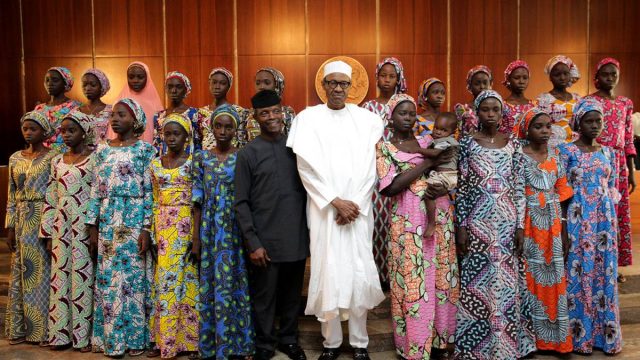 Following the kidnapping of over 100 school girls by Book Haram terrorists, the Borno State Government has ordered the closure of all boarding secondary schools located outside Maiduguri, the state capital.

The state government said it took the decision after an expanded Security Council meeting of all security agencies, government and traditional leaders on 15th March, 2018.

According to the statement issued by the State Commissioner for Home Affairs, Information and Culture, Muhammed Bulama, the council also agreed that the Maiduguri-Bama road on March 24, for all civilian traffic.

The full text of the resolutions made at the meeting reads:

“Sequel to the recent unfortunate attack on Rann town in Kala-Balge Local Government Area (LGA) by Boko Haram, urgent and immediate measures will be taken jointly by the Borno State Government and the Nigerian Armed Forces and other security agencies to forestall future occurrences there and in other vulnerable communities in the State.

“Elaborate security, infrastructural, personnel and logistics arrangements will be put in place preparatory to the imminent return of IDPs to Bama, Gwoza and Dikwa LGAs and the subsequent return of their Royal Highnesses to their respective domains.

“To speedily establish structures of civil authority, viz, Local Government Council authorities, para-military agencies, the judiciary and traditional authorities, as pre-requisite to relocating IDPs to their LGAs of origin.

“In order to improve on, and enhance existing intelligence gathering techniques, the Nigeria Armed Forces was implored to encourage senior military officers in command positions to closely liaise and synergise with traditional rulers in their areas of operation and also endeavour to regularly attend the meetings of the security committees at the LGA level.

“All boarding secondary schools in the state, with the expectation of those in the Maiduguri and Biu metropolis will, until further notice, be closed down with immediate effect.

“Any person(s) or group found to be collaborating with Boko Haram, no matter how highly placed or highly connected, will be speedily brought to book in accordance with the laws of the land,” the report reads.