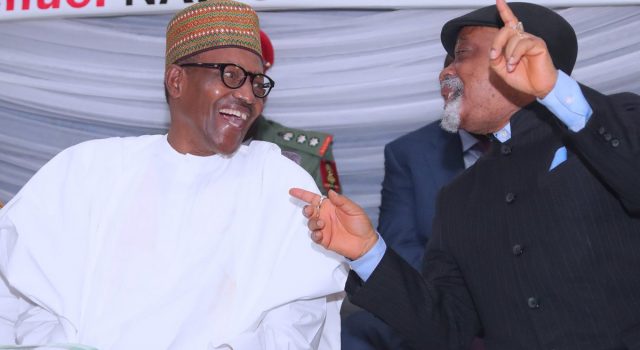 The Federal Government on Tuesday in Abuja called for the promotion of productivity consciousness in all sector of the economy in the country.

“Our developmental experience has so far proven that without higher level of productivity, the standard of living of our people will remain abysmally low.

“The importance of productivity is further underscored by the fact that the world is now a global village where goods and services of other nations that of higher quality and price can easily be accessed by others.

“We therefore have no option but to key into the productivity movement and ensure that we remain productive in all our endeavours,” he said.

Ngige noted that over the years, successive administrations in Nigeria have attached great importance to improving the quantity and quality of goods and services available for consumption as a means of increasing total wealth.

Consequently, he said, there was need for an institutional framework that would constantly stimulate and promote productivity consciousness in all the sectors of the economy.

He added that this is what informed the establishment of the National Productivity Centre as the apex government agency charged with the mandate of facilitating socio-economic growth and development through productivity improvement.

“Today’s ceremony is in furtherance of this goal. The National Productivity Day is set aside by the government to sensitse the citizenry to the strategic relevance of productivity to the national development.

“It is therefore a day to celebrate the productivity movement in Nigeria and to demonstrate that high productivity is the cornerstone of every economy.

“So, today’s award is to honour some deserving individuals and organisation, who stand out in creativity, innovation, high performance, efficiency, discipline, patriotism, humanity and have contributed to our national growth and development,‘’ he said.

The Minister, however, said since the inception of the award in 1991, a total of 327 individuals and 80 organisations have been given award.

He further added that today, 15 individuals and five organisations have proved themselves worthy of the award.

Also, Kashim Akor, Director-General, National Productivity Centre (NPC), commended the Federal Government for its support in the achievement of the programme.

Akor said that productivity consciousness was important for the development and growth of the economy.

He, however, said the programme was a huge success as President Muhammadu Buhari for the first time in the history of the award was present to confer the award on the recipients.

Some of the recipients are Winifred Ekanem Oyo-Ita, Head of Civil Service of the Federation was award for her exemplary service, dedication to duty, productivity and enormous contribution to the public service.

Also, Joseph Anebi, Controller-General, Federal Fire Service, was awarded for his superlative performance and contributions to the development of fire fighting, dedication to duty and selfless service, among others.

Another awardees, Jones Stow was nominated for his demonstration of professionalism in public health management such as containment of monkey pox outbreak in Bayelsa, HIV prevalence reduction from 9.1 per cent in 2010 to 3,8 per cent in 2014 in the state, among others.