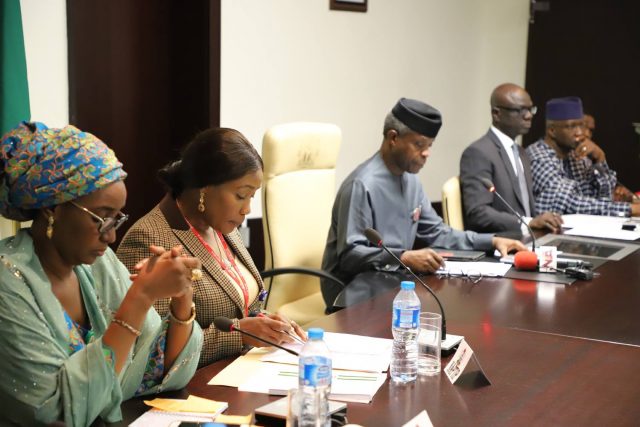 The Vice-President, Yemi Osinbajo, has said that the Federal Government was considering urgent and permanent solutions to the plight of Nigerians refugees in Libya and other European countries.

Osinbajo, who frowned at the situation where young Nigerians were deceived by their unsuspecting customers and engaged in a dangerous journey that, in some cases, caused them their lives, gave the assurance, on Wednesday, in Abuja, at a meeting with heads of agencies in charge of migration following a directive by President Muhammadu Buhari to urgently look into the situation of Nigerian refugees held in Libya.

Theadvocate.ng reports that Buhari had directed Osinbajo to co-ordinate relevant agencies to put an end to the reccurring migration problems affecting Nigerians in Diaspora, especially the recent happenings in Libya.

The meeting was the Deputy Chief of Staff to the President, Ade Ipaye; Secretary to the Government of the Federation, Bos Mustapha, the Justice Minister and Attorney general of the Federation, Abubakar Malami,  and the Director-General, National Agency for Prohibition of Trafficking of Persons (NAPTIP), Julie Okah-Donli.